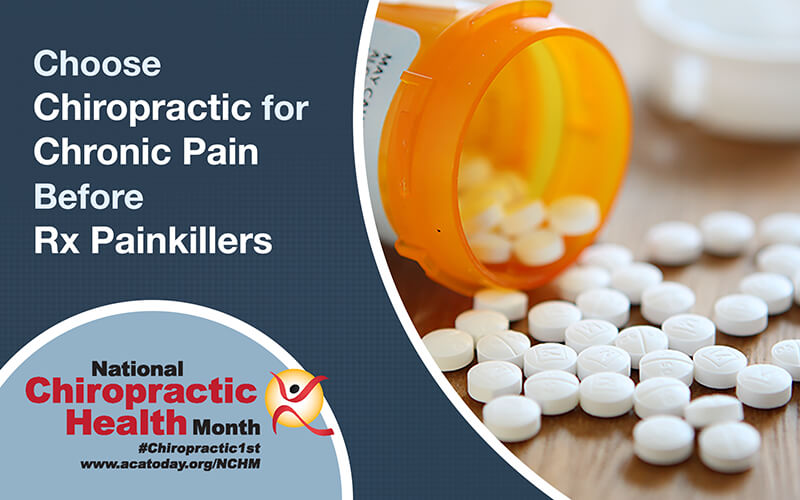 The American Chiropractic Association, or the ACA, had been preparing for National Chiropractic Health Month 2016 for months. Each October, the ACA brings attention to an important and recurring theme in chiropractic or, more generally, alternative forms of medicine. This month, the goal is to raise awareness about the U.S. epidemic of opioid overuse and abuse and to encourage people to use more conservative forms of pain management.
So, How Bad is the Problem?
Thousands of Americans relying on opioids have caused their dependency to become an epidemic. Centers for Disease Control and Prevention (CDC) says that one in four patients who have been prescribed opioids for non-cancer pain deals with addiction. Consider this against the fact that more than 1,000 people are treated in the ER for misusing these prescriptions.
Drug overdose is the leading cause of accidental death in the United States, with 47,055 lethal drug overdoes in 2014. Opioid addiction drives the issue – with 18,893 of those overdoses related to prescription pain relievers.
In the same year, another 2 million people abused or were addicted to opioids.
Your Part
The ACA has chosen this theme in hopes that readers, like you, will spread the word. Those raising awareness are doing so through social media and in their communities. On ACA’s website, you can find a toolkit with effective suggestions for getting involved and showing your passion for the cause. Their suggestions are as follows:

For the rest of this month, SFCC will be using the hashtag #chiropractic1st to demonstrate our participation and hope for the cause. Be sure to do the same!