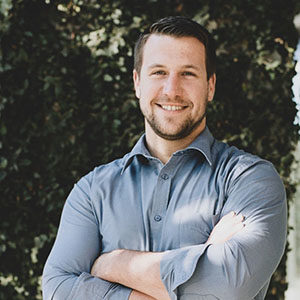 Growing up in Valleyfield Quebec, Dr. Rémillard participated in numerous sports disciplines which led him to being a big fan of Chiropractic. When he was 17, he injured his shoulder during the tryouts for Team Canada Junior’s baseball team that required extensive Chiropractic treatment. After a trial with a couple of different Chiropractors, it was not until he met an Alumni for Palmer West who specialized in Sports Chiropractic that he was able to recover from his injury.

Dr. Rémillard attended Canisius College in Buffalo NY where he was recruited to play division 1 baseball while pursuing his Athletic Training degree. During his 5 year stint in Western New York, Dr. Rémillard continued to pursue his dream of playing professional baseball while studying with intent to pursue a career in Chiropractic. After not hearing his name during the 2016 MLB draft, Dr. Rémillard packed his stuff and made his way to San Jose where he attended Palmer West Chiropractic College. His hard work was not left unnoticed in Buffalo where he was awarded Third Team All-American Reliever of the Year and earned Conference and School Records for Saves in a single season throughout his Senior Year in 2016.

Throughout his journey at Palmer, Dr. Rémillard joined the famous Palmer West Sports Council club where he was able to participate in many events such as Valor Games, Sea Otter Classic, North Face Endurance Challenge and offer treatments to participating athletes. When he was not treating patients at events, he spent many weekends attending conferences such as ACA Sports Council, NCLC, and the NFL Combine in order to learn from the many leaders in the profession of Chiropractic.

Dr. Rémillard is a Certified Chiropractor as a Sports Physician, in addition to being an Athletic Trainer and Chiropractor. He is Full Body Active Release Technique (ART) certified and specializes in treating extremities, sports injuries and Biomechanical Analysis.

When Dr. Rémillard is not at the office treating patients, he is a big fan of pushing the limits. He is a Skydiving Tandem Instructor, Wingsuit Pilot, Senior Parachute Rigger and soon to be BASE jumper. He has earned his blue belt in brazillian jiu-jitsu and is slowly making his way to get his purple belt. When he is not jumping out of planes or rolling around in the dungeon, he enjoys a multitude of things such as Baseball, Skateboarding, Scuba diving , Surfing, Strength Training, and Playing Guitar.

Where To Find Dr. Remillard

We use cookies on our website to give you the most relevant experience by remembering your preferences and repeat visits. By clicking “Accept All”, you consent to the use of ALL the cookies. However, you may visit "Cookie Settings" to provide a controlled consent.
Cookie SettingsAccept All
Manage consent

This website uses cookies to improve your experience while you navigate through the website. Out of these, the cookies that are categorized as necessary are stored on your browser as they are essential for the working of basic functionalities of the website. We also use third-party cookies that help us analyze and understand how you use this website. These cookies will be stored in your browser only with your consent. You also have the option to opt-out of these cookies. But opting out of some of these cookies may affect your browsing experience.
Necessary Always Enabled
Necessary cookies are absolutely essential for the website to function properly. This category only includes cookies that ensures basic functionalities and security features of the website. These cookies do not store any personal information.
Non-necessary
Any cookies that may not be particularly necessary for the website to function and is used specifically to collect user personal data via analytics, ads, other embedded contents are termed as non-necessary cookies. It is mandatory to procure user consent prior to running these cookies on your website.
SAVE & ACCEPT
Call Now