Common injuries in a Baseball Player 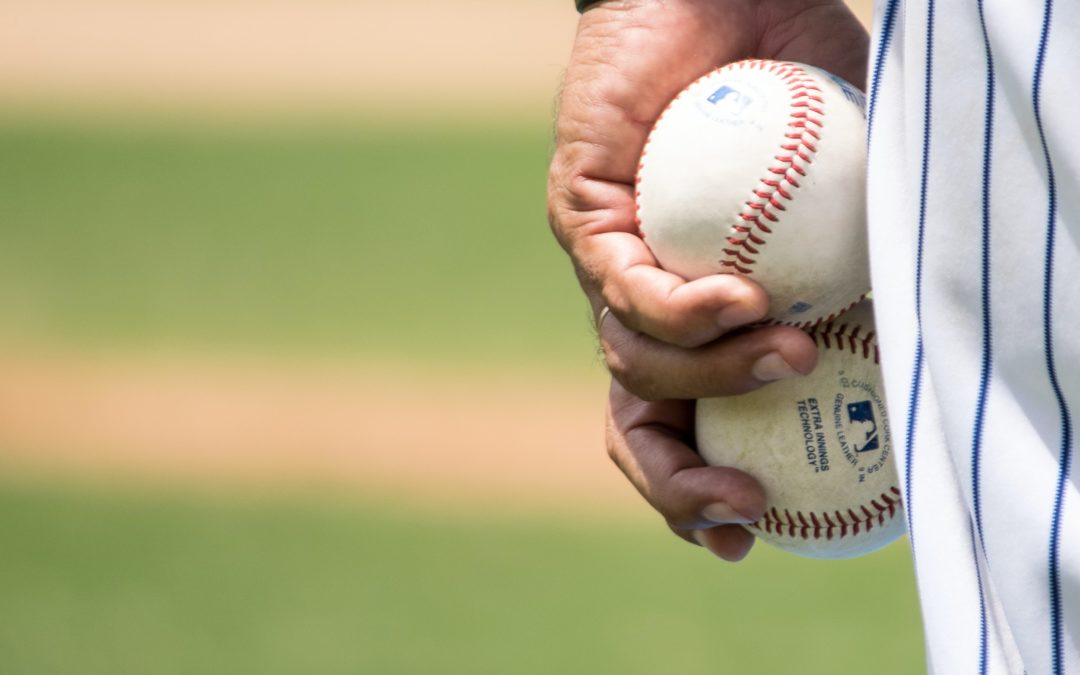 Opening day is here! Now that Baseball season is in full swing, we thought it would be a good time to share common injuries that baseball players often endure. Injuries can happen from the time of little league all the way up to the major leagues. It’s important to be aware of the most common injuries of the game so that you can spot them in and get the proper treatment. Our chiropractors here at SFCC specialize in treating athletes. We have seen the most common sports injuries and rare injuries. We know how to treat them and get those athletes back in the game.
Baseball, which is America’s greatest pastime, is played by millions of people year-round. This sport, which is played at a relatively slow pace with averaging 1-8 seconds of action for 2-3 minutes of break, one may think that the risk of injury is fairly low. In the 1-8 seconds of action, the risk for injury is fairly common. Some of the more famous injuries such as a multitude of tears such as the famous ulnar collateral tear (Tommy John), cruciate tears in the knee, labrum tears, and muscle strains.

Some of the milder and more common injuries in baseball are strains and shoulder impingement. The main mechanisms of injury for these are to overuse or repetitive motions in a fatigued state.
Strains are very common mostly in the rotator cuff and obliques because baseball is a unilateral sport. In the case of a pitcher, they mostly throw one side only and use specific muscles and joints only in one direction. The only exception to this is Pat Venditte who was the first-ever Major League Ambidextrous pitcher in 2015 with the Oakland A’s. Obliques strains are also a common injury that started affecting pitchers more and more in this era since many hitters are starting to swing and hit from both sides of the plate or that they end up throwing from one side and hitting from the other.
When it comes to shoulder impingement, it affects pitchers more often but will be more serious with position players. The main reason why a pitcher will be affected more than a position player is because the position player is better at adapting different arm angles to avoid pain, whereas it is not as simple for a pitcher. In addition, it will affect the position player more severely since when you are switching your throwing angle it will affect different structures. As a position player, you may switch 4 different angles such as under arm, side arm, low ¾ or overhead before things are severe enough.

Most Common Injuries Treated by Chiropractors

Many athletes wonder ‘well, what can be done with strains and impingement?’

It involves many things such as:

Some other conditions that are commonly treated by a chiropractor which are extremely common but not considered as injuries are rib subluxations and low back tightness. In the earlier phases, a rib fixation or subluxation feels like a sharp localized pain behind a shoulder blade that is made worse with inspiration. As for low back tightness, the most common telltale sign is that it takes a couple of minutes to loosen up in the morning. Both of these conditions respond really well to chiropractic care with a combination of Active Release.

There are 2 reasons why getting early chiropractic treatments on those conditions will help.

First, it may impair performance, where, with a rib rotation will be limited preventing proper gliding of the scapulothoracic joint leading to scapular dysarthria. Having low back tightness would ultimately prevent the Sacro-iliac joints, lumbar spine, and core muscles to move or fire incorrectly, which would prevent proper separation between the lower extremity and upper extremity.
Secondly, the minor conditions may sequelae into more serious complications. Not to say low back pain may cause Tommy John surgery but if we were going to look at how not fixing the issue may lead to unwanted sequelae in the kinetic chain. The lack of separation between the lower extremity and upper extremity would be causing compensation of the anterior chest muscles to have proper cocking of the arm before acceleration. The compensation would lead to increased stress on the internal rotator muscles, which may delay proper acceleration of the arm causing the elbow to lead way more towards the target. If you end up doing this constantly that may ultimately lead to increased stress on the Ulnar Collateral Ligament, which may end up tearing.

How can a Chiropractor Help?

One of the common stigmas with baseball is to just take some NSAID’s to make the pain go away and it is very common during the “phantom week” which is a combination of NSAIDS and rest for a period of 7-10 days hoping that the pain goes away.
The first thing that must be done with an injury, is making sure there is no sign of fractures or instability. In the event that fractures or instabilities are ruled out the patient should be encouraged to move and exercise to tolerance and not rest. Some of the common side effects of using too much NSAID’s usually have to do with GI disturbances. Chiropractors tend to go more with a holistic approach where we can help manipulate the restricted joints throughout the body in order to restore full range of motion via an adjustment.
In addition, the combination of soft tissue therapy such as Active Release Therapy (ART) to the surrounding muscles allows adequate motions and has been shown to help with strain and sprains.
Lastly, an adjustment combined with soft tissue therapy helps to get rid of pain but also restore range of motion, but it should also be combined with therapeutic exercises to make sure appropriate biomechanics are restored to help return to pre-injury status and help improve performance.
Schedule an appointment with our bay area chiropractors to help you prevent a baseball injury.